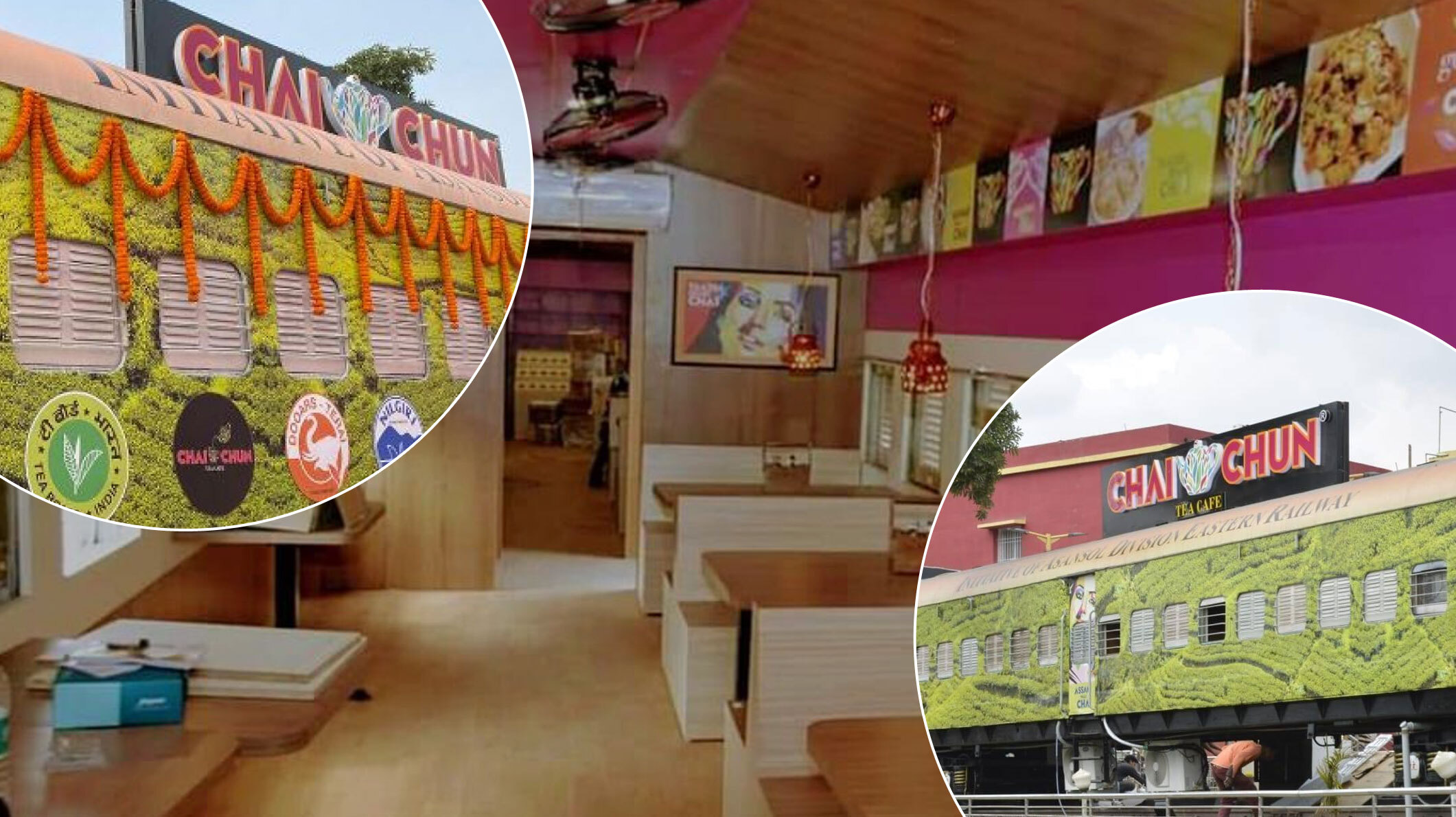 Restaurant on Wheels in Asansol

Restaurant on Wheels By Indian Railway

The Asansol junction railway station falls under the Division of Eastern Railway zone. It is one of the oldest divisions of the Indian Railways and has always been at the forefront of operations for freight and passenger trains. As far as Eastern Railway is concerned, the Asansol Division is referred to as the heart of operations as it falls between the crossroads of the Grand Chord route via Gaya and the mainline route via Patna. With a total area coverage of 629.38 route kilometers, this division has the unique distinction of having quadruple lines (two up and two down lines) from Khana to Sitarampur.

The First of its Kind

The Indian Railways Asansol Division launched Indian Railway’s first-ever Restaurant on Wheels’ by transforming old train coaches into eating joints. The minister of State for Environment, Forest & Climate Change, Shri Babul Supriyo, inaugurated this first of its kind restaurant in a program held at the Asansol Railway Station on 26th February, 2020. The eatery has been refurbished by carving out two overaged MEMU coaches and successfully converting them into signature restaurants for railway passengers and the general public of Asansol.

According to the Press Information Bureau released by the Ministry of Railways, the restaurants are likely to generate a sum of Rs. 50 lakhs of non-fare revenue within the next five years. In just three months, the entire process of converting old trains into eatery joints was completed successfully. Both tourists and locals can enjoy delicious snacks, lunch, and dinner at Indian Railways’ serviceable dining eating joint called ‘Restaurants On Wheels.’ The restaurant is named ‘Wow Bhojan,’ and the tea boutique is named ‘Chai-Chun.’

Along with the ‘Restaurant of Wheels’ the Minister of State for Environment, Forest, and Climate Change also inaugurated two new air-conditioned retaining rooms and an Electronic Reservation Chart Display System through the MPLAD fund (Members of the Parliament Local Area Development Scheme). Additionally, there was also an inauguration of a battery-operated car at the Asansol Railway station, West Bengal.

According to the Railways, the battery-operated car will benefit the Divyangjan and senior citizens passengers for their comfortable movements at and around the railway station area. Additionally, the two new air-conditioned retiring rooms are also equipped with state-of-the-art furniture and other equipment. These facilities provide comfortable seating arrangements for railway passengers. The Electronic Reservation Chart Display System (through MPLAD fund) at Asansol will provide efficient access to information on the reservation status services in different trains. This is proving to be of significant importance to the railway passengers as well.